and it features my beloved husband as one of the debut poets of the year. 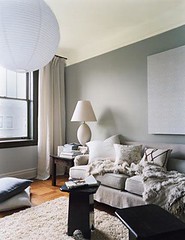 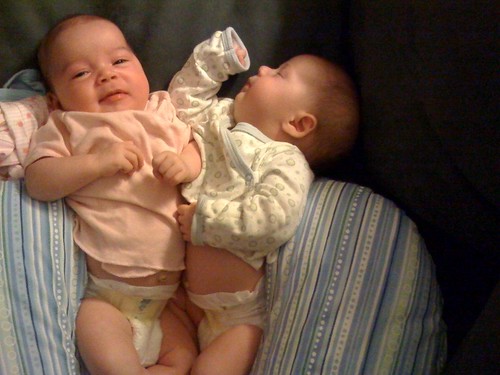 Watch You Bleed: The Saga of Guns N' Roses by Stephen Davis

rating: 5 of 5 stars
I remember exactly where I was the first time I heard Appetite for Destruction. 1987: First semester of college. My art-school friend, a skinhead named Katrine, & I went to NYC on a whim & were hanging out in a nearly deserted nightclub, that despite the lack of people, had a very heavy druggie atmosphere. No one was to be found because they were all going into the bathroom to do coke! Anyway, the dj put Appetite on continual rotation. It played over & over & over again, all night, while everyone was scamming their drugs. WTF was this?!? You just felt it in your bones. Something had changed forever in the musical landscape. The evening ended with us missing the last train to Chappaqua & sleeping on the steps of Grand Central until the 5:45. And Appetite has had a special place in my heart for all these years.

The genesis of Welcome to the Jungle is a classic stroke of genius. The planets aligned, Axl found himself in the Bronx during the birth of hip-hop no less & this "innocent in the city" scenario, always a fruitful archetype, proved to be the start of something utterly inspired. The rest of the story is all about the come down.

Reading this Guns story in black & white is the next best thing to sex, drugs & rock-n-roll.

The Spirit Catches You and You Fall Down by Anne Fadiman

rating: 4 of 5 stars
Fascinating exploration of American culture & medicine & how it clashes with the Hmong immigrants, a close-knit ethnic group from Laos that the CIA enlisted to fight in the early, hush-hush years of the Vietnam War. In the late '70s, the Hmong became displaced in Asia & they immigrated to the US, expecting to be regarded as military heroes. Instead, adherence to their own customs & refusal to take part in "the melting pot" as well as a dependence on welfare (which they regarded as their due as war heroes) caused them to remain ostracized from society. Within this large-scale drama, is the heart-breaking saga of little Lia, 9th (?) child of the Lee clan & an epileptic.

The author presents a very balanced analysis of the costs & benefits of both Western medicine & Hmong shamanism, finding no easy answers when tragedy befalls a child.

On Call: A Doctor's Days and Nights in Residency by Emily R. Transue

rating: 2 of 5 stars
an admirable attempt by a young resident to document her experience alongside her personal observations and insights about herself and her patients. alas, there is a lack of wisdom and perspective that makes the writer come across as somewhat naive and too earnest. in my opinion, she'd have done better to stick with the patients' stories of illness, trauma, treatment, death and recovery–endlessly fascinating tales.

Something for the Pain: One Doctor's Account of Life and Death in the ER by Paul Austin

rating: 4 of 5 stars
A good amount of juicy anecdotes from the ER interspersed with the author's struggle to keep his personal life in balance with his work. Could leave the personal stuff, but the accounts of the varied ER cases were compelling. From serious car crashes to random drunks, the unpredictability of what these doctors encounter on a daily basis had me reading on & on.

I've really got to start thinking about where I'm going to deliver.
Collapse